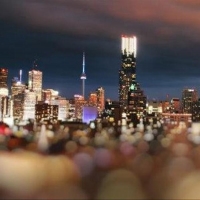 Toronto's housing market has seen a marked slowdown since a new non-resident tax successfully pushed many foreign buyers out, but a forecast from real estate agency Engel + Volkers says a new phenomenon is about to take over as the driver of Toronto's housing boom: The tech industry.

The influx of tech companies into Toronto's downtown core in recent years has already had "a huge effect" on the real estate market, said Anthony Hitt, president and CEO of Engel + Volkers North America.

From 2012 to 2017, the region added some 82,000 jobs in technology, more than Silicon Valley and the most of any North American city, according to a recent report from CBRE. The commercial real estate agency now ranks Toronto as the fourth most important tech hub in North America, up from 12th place just two years ago. (Ottawa and Montreal also ranked well, in 12th and 13th place, respectively.)