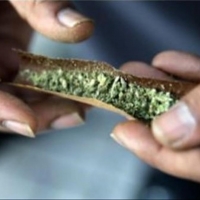 More than half of Canadian homeowners recently surveyed say they would be less likely to consider a property if they knew cannabis had been grown inside, according to a poll released Tuesday.

Real estate listings company Zoocasa, which commissioned the study, found that 52 per cent of homeowners would think twice about buying a home that had been used to grow even a legal amount of marijuana.

Set to go into effect on Wednesday, the new federal Cannabis Act will permit the consumption and purchase of the previously-illicit plant. It also allows Canadians to grow up to four plants for personal use inside their homes.

Continue to read on: CTV News